Even if I am only in my early 40s, I feel I have lived several lives already. I am very grateful for the roller-coaster ride the universe has taken me on – a path that inexplicably guides me deeper and deeper into an alternative universe which reveals its secrets layer by layer. I can sit back, relax and allow this flow to take me wherever it wants, or I can stand up and use my intuition and will-power to create and manifest the reality I choose. (Either way probably leads to the same destination.) I am a free spirit who has learned enough about freedom to value other, more co-dependent states of being, higher. I know my purpose on earth is beyond my self. I am addicted to purpose. 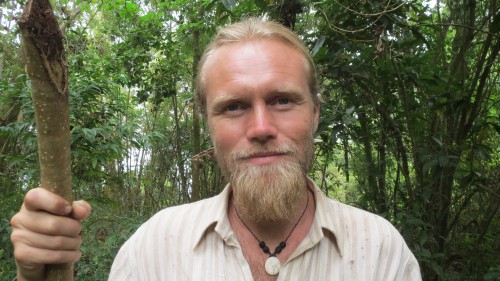 That's me on a scouting mission for community land in Oaxaca, Mexico.

I was born in Norway and grew up in a village near Oslo, luckily very close to nature. This channelled my hyperactivity into anything from competitive cross-country skiing and football to boy scouts and music. Or running around the forest like a headless chicken, constructing all kinds of weird and wonderful tree houses. Which is kind of what I'm still doing.

After completing high school I moved to London in 1996 to study acting at East 15 Acting School, graduating with a Bachelor of Arts in 1999. Perhaps I should have studied music instead, but that's another story. I spent in total ten years in London working mostly in the arts and media, as an actor and voiceover artist; musician, composer and musical director; in documentary film, theatre and television production; as a self-taught sound engineer and video editor, and running my production company, recording studio and record label Otherwise Productions, Otherwise Studios and Otherwise Records with my ex-partner Corinne.

Then something strange happened. I took a great leap into the wild. In 2006 I started what I thought would be a three-year hitchhiking journey around the world... lasting, in the end, no less than eight years! I experienced living in both nomadic and sedentary intentional communities which radically changed my views on most things in life. To explain what I learned and how I changed I would need all the pages of a long book. So that's what I will do. Write a book. Some beautiful day.

While travelling I also used my media skills from my previous life, thus creating or contributing to a multitude of film and music projects of a charitable nature. I have so far failed to complete quite a few of them because of being on the road and lacking a space to work.

I now live in the Sierra Sur mountains in the state of Oaxaca in Mexico with my partner Adria, our son Sylvan Kanó and our daughter Kaya Anjali. We follow our dream of co-creating a self-reliant intentional community of friends living in peace and in harmony with nature, focused on growth, rewilding, service and art. I work for community, I work for a new and sustainable alternative living solution for human beings and I work for Mother Earth.

I speak English, Norwegian and Spanish, and a little bit of Swedish, French, German and Portuguese. 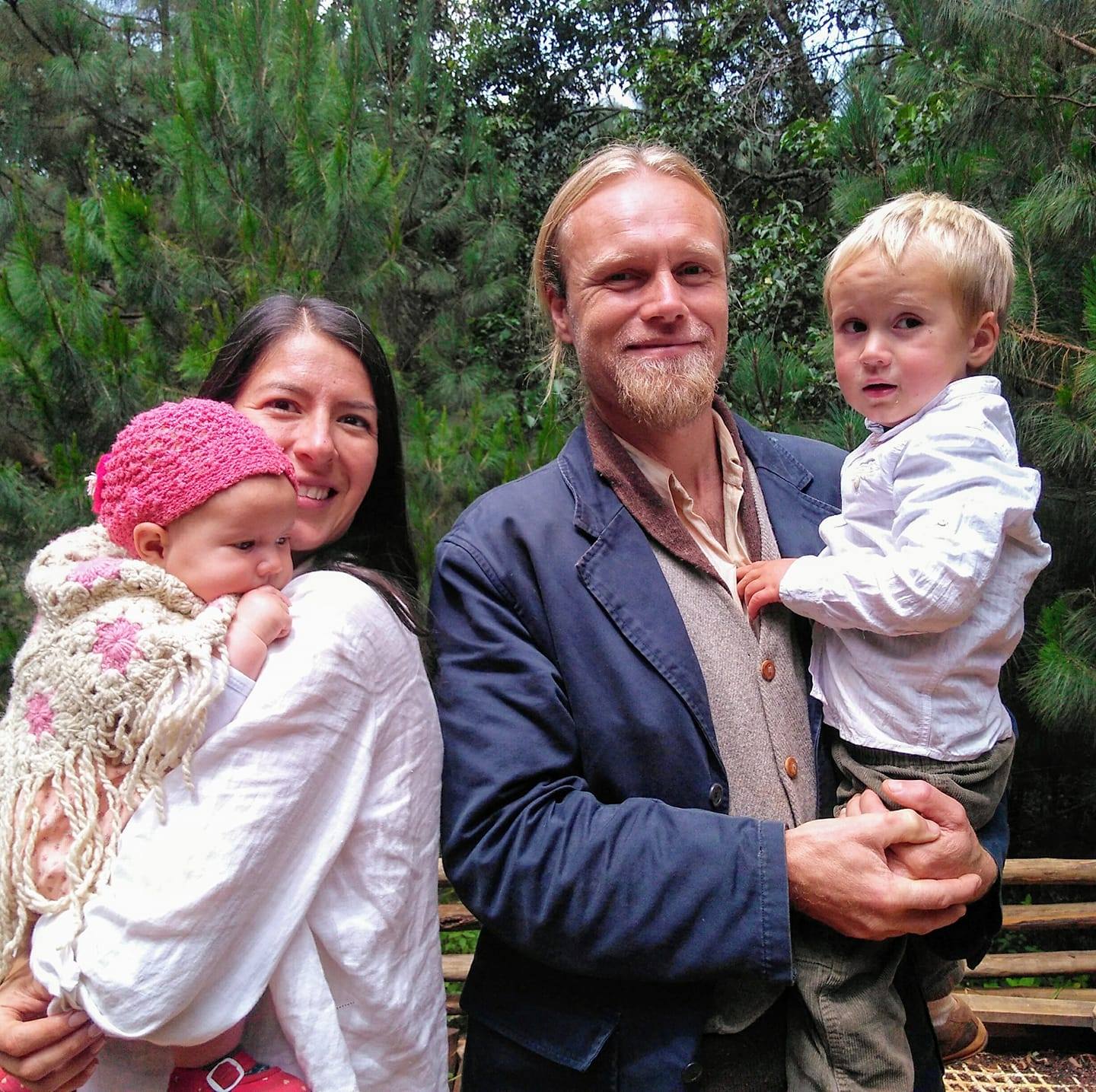 Our small family: Kaya Anjali, Adria, myself and Sylvan Kano